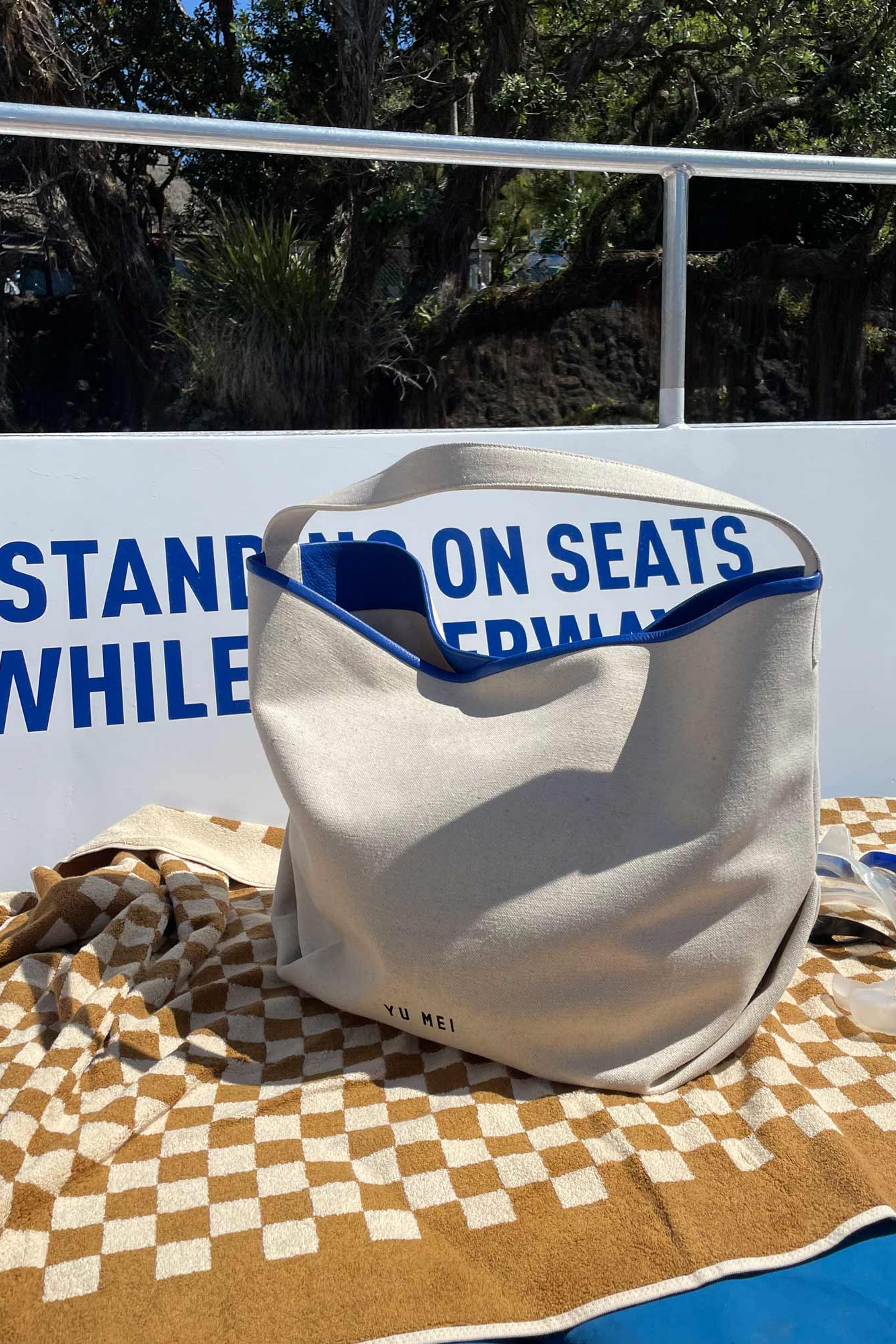 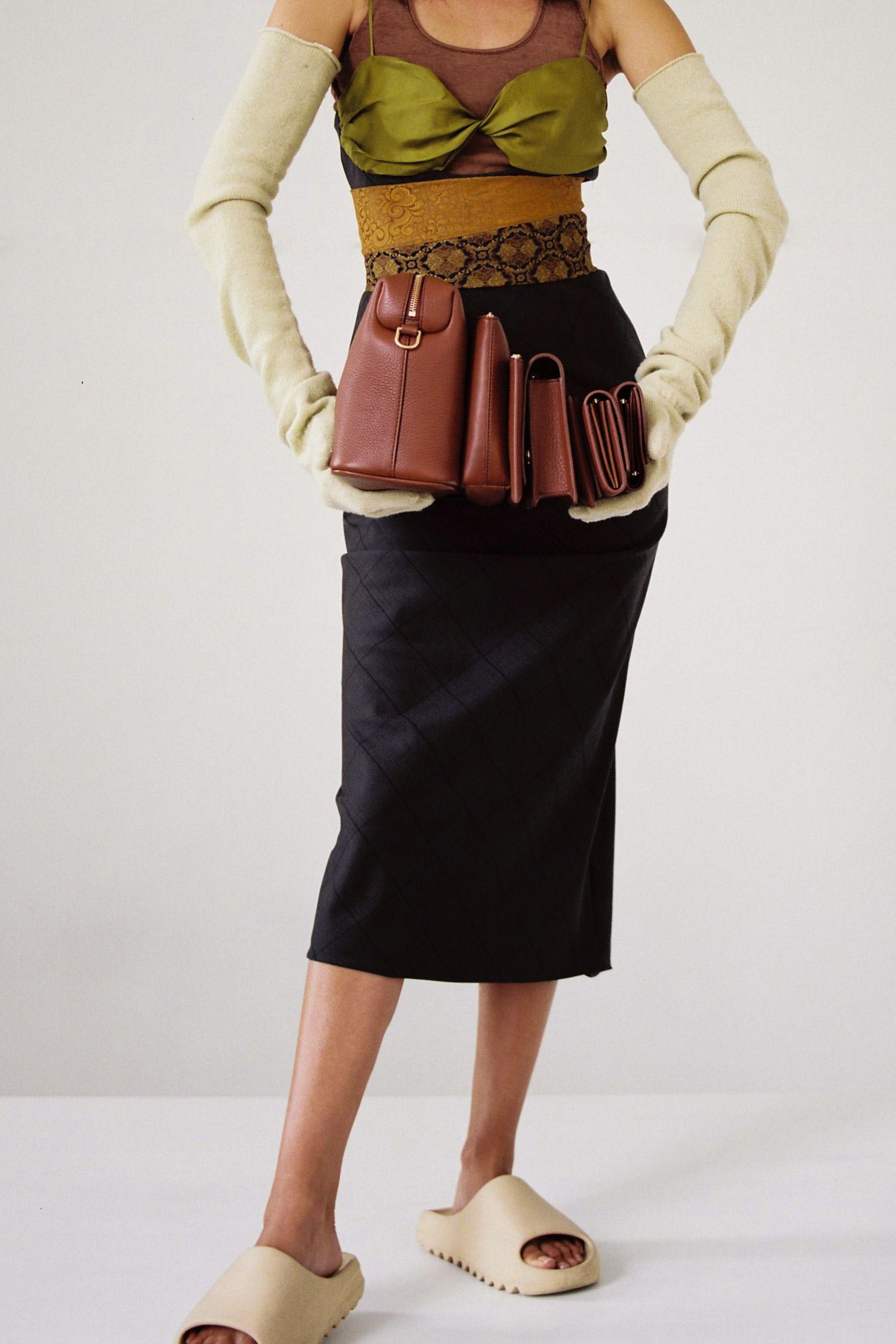 The Art of Packing

In the Bag: Isabelle Truman 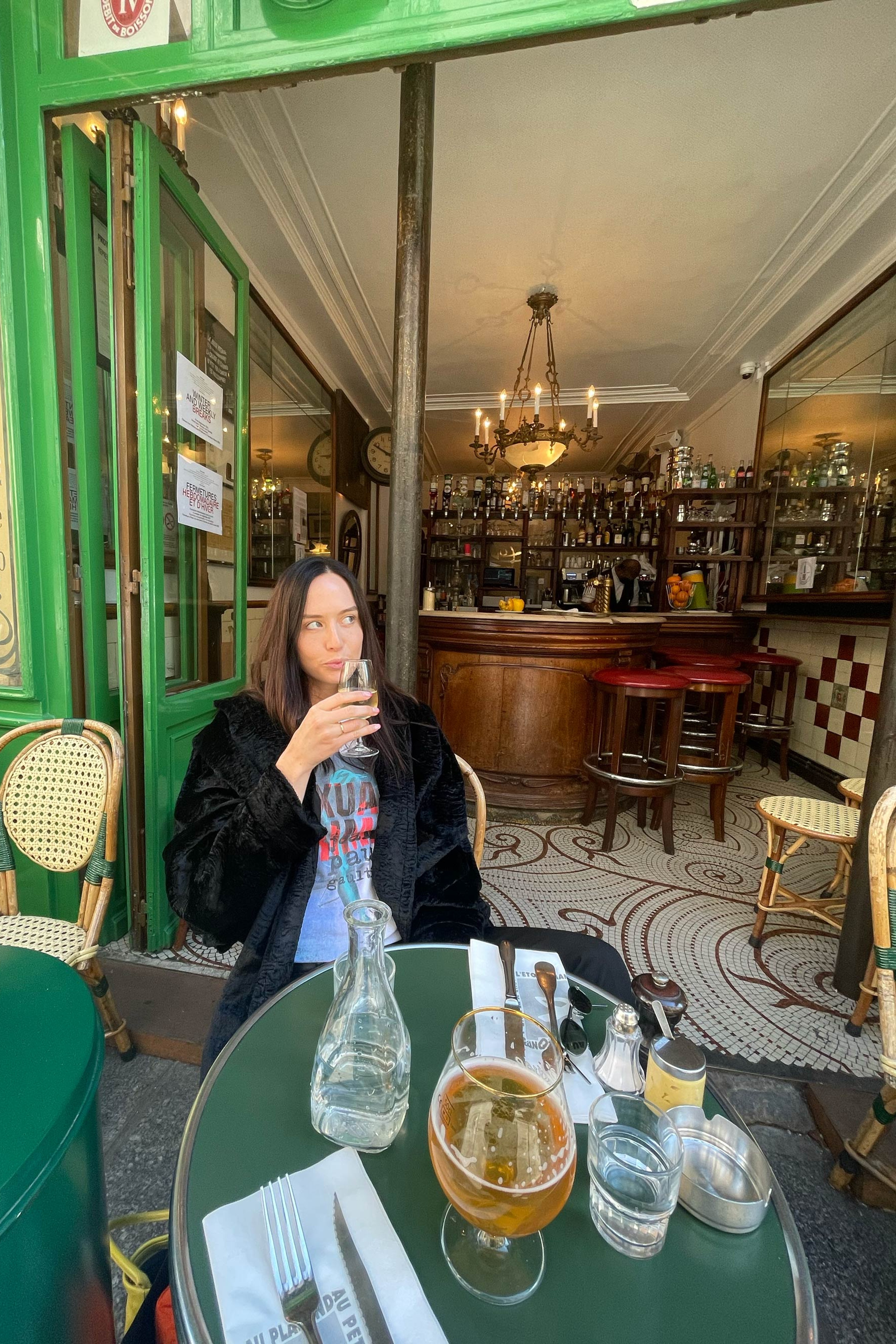 Isabelle Truman is a writer, podcast host, Pisces, newly minted Charli XCX stan, and the proud owner of a cat called Shiva. Originally from the Hawke’s Bay, Isabelle studied journalism in Wellington, before moving to Sydney to cut her teeth in the world of fashion magazines. Now a freelance writer based in London, she’s racked up bylines in an impressive number of publications, including British Vogue, DAZED, AnOther, i-D, VICE and The Face. She also co-hosts a weekly pop culture podcast called After Work Drinks, which covers news, fashion, pop culture and politics, and goes very well with a glass of wine.

We first met Isabelle in our early days, when she was one of the first to interview founder Jessie Wong not long after Yu Mei was launched. Isabelle assures us she feels very proud when she sees a Yu Mei bag in the wild in London — suffice to say we’re equally proud when we spy her name on our regular scrolls through the fashion internet.

Read on to hear her recommendations on everything from podcasts to ( conditioner-free! ) beauty rituals.

I’ve loved reading, writing and telling stories my whole life, so journalism was always a natural path. My first job out of university was as an editorial assistant — essentially the coffee girl — at a fashion magazine. I slowly worked my way up from there, moving to Sydney to work in the industry there for four years, before eventually taking the leap to freelance when I moved to London. My attitude towards work has been shifting and changing lately. I used to think of myself as a very ambitious person, but recently have been finding a lot of enjoyment in slowing down and evaluating the ‘why’ of things: why I’m the right person to write something, why I’m interested in it in the first place, and whether it serves me or whether it’s something I’m doing to try and prove a point ( whether that be to myself, or to random people on the internet ).

My wardrobe is a constant rotation of thrifted clothes and vintage designer items I’ve either found on Depop or Vestiaire Collective ( 1 ), mixed with newer labels I’m currently loving. I’m pretty impatient with getting dressed on weekday mornings and usually end up in something simple I know makes me feel good, like a tank top, a thrifted skirt and loafers. I find having to plan outfits ahead of time a very boring and somewhat impossible task ( which also makes travelling a nightmare ). I wish I could say I have a favourite piece I’ve treasured for years, but my attention span is short. Right now I love a pair of Miu Miu platform Mary Janes I found online that I forced my friend to ship me from America. I will find any, any excuse to wear them. I enjoy having a few hours to myself in the morning to have a coffee and chill for a bit, then I either go for a run around the park listening to a very low brow podcast ( current faves are Poog, Every Outfit, and the Polyester Podcast ), or to a class, like reformer pilates or HIIT. Exercise has always been pretty linked to my mental health, but I also really enjoy the feeling of getting stronger. My favourite app is Google Maps ( lol ) because I love nothing more than good food — I’m constantly starring places to try, or sleuthing through reviews to find the best new spots. Dinner parties with friends are also A+. I have no patience for cooking, but took up baking in the pandemic — so I supply the desserts.

I have the worst memory in the world, so being organised is a necessity if I want to hit any deadlines on time. I use a written diary daily, jot lists on my phone’s Notes app all the time, and there are always alarms going off to remind me to do something. I’m constantly forgetting to reply to emails, and cannot for the life of me find a system that works.

I use my Yu Mei Charlie Bag daily. It’s a game changer — not only does it fit my laptop, diary and snacks, but it’s also chic, so it elevates my very messy, thrown together weekday outfits. Recently, a friend said they were surprised I didn’t listen to Charli XCX given how much they know about me, which rapidly sent me into a Charli XCX hole. They were right: she’s the best. Her new album has gotten a bit of shit for being far more pop-focused and commercial than her older stuff, but I don’t care, I love it. If you see me on the tube, there’s a 99% chance I’m listening to CRASH.

My other recommendation is not using conditioner. This one is specifically for the population of people who have thin, flat hair like me, and who are never not hunting for the best volume spray on the market ( it’s Oribe ). I stopped using conditioner when my podcast co-host casually mentioned it during an episode, after gatekeeping her secret from me for the entirety of our friendship. On that note, I’m also obsessed with the way Japanese hair salons cut and layer hair. Yes, layers in thin hair! Try it! But only done through somewhere like Haco in Shoreditch. My hair has never looked better. “Hair is everything!” — Fleabag.

[1] Depop and Vestiaire Collective are also some of the Yu Mei teams favourite resale platforms, and are a great place to discover — or rehome — preloved items. Like Yu Mei’s Buyback Initiative, this is a great way to maximise the life of an item by keeping it in circulation for as long as possible. 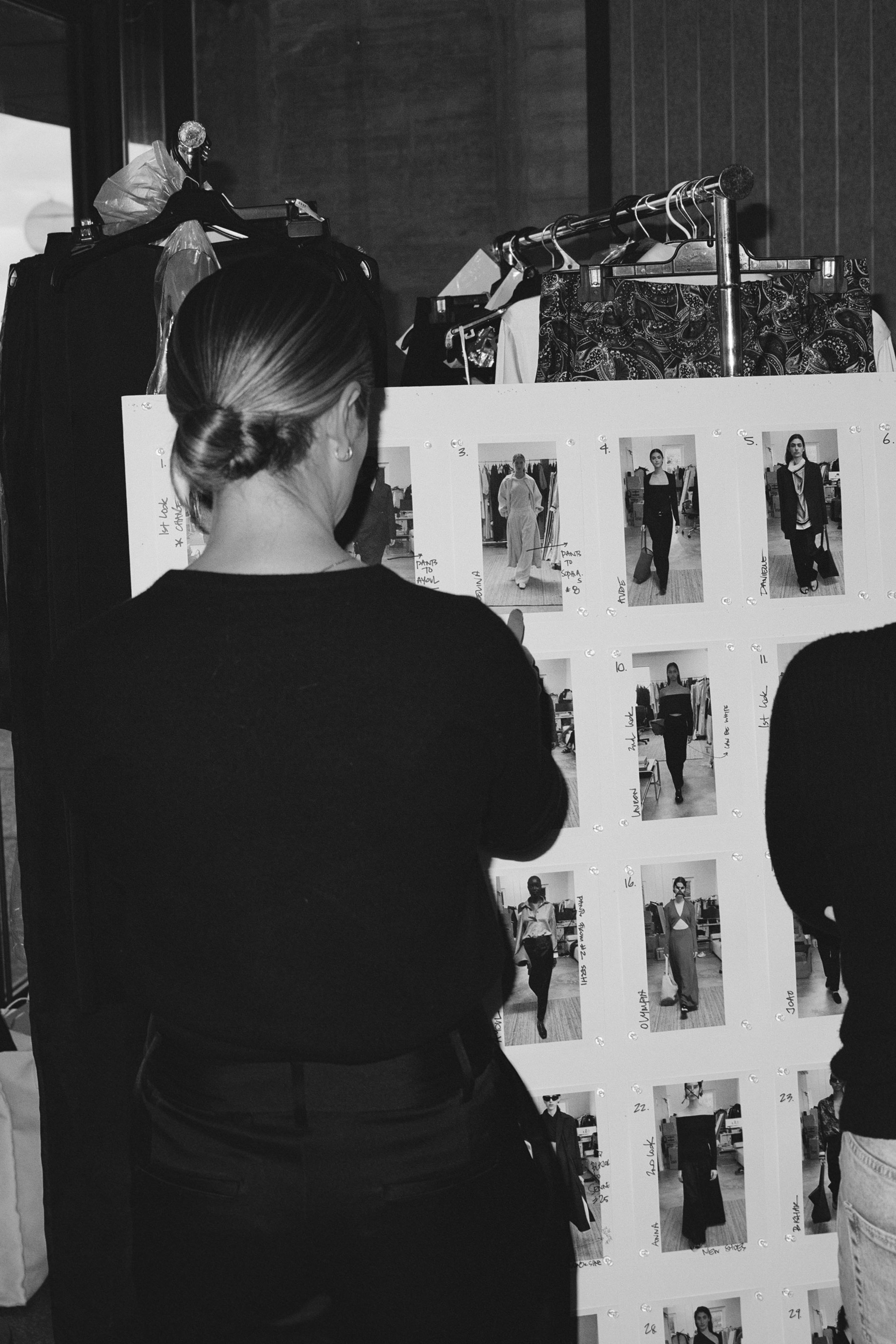 In the Bag: Charlotte Hicks 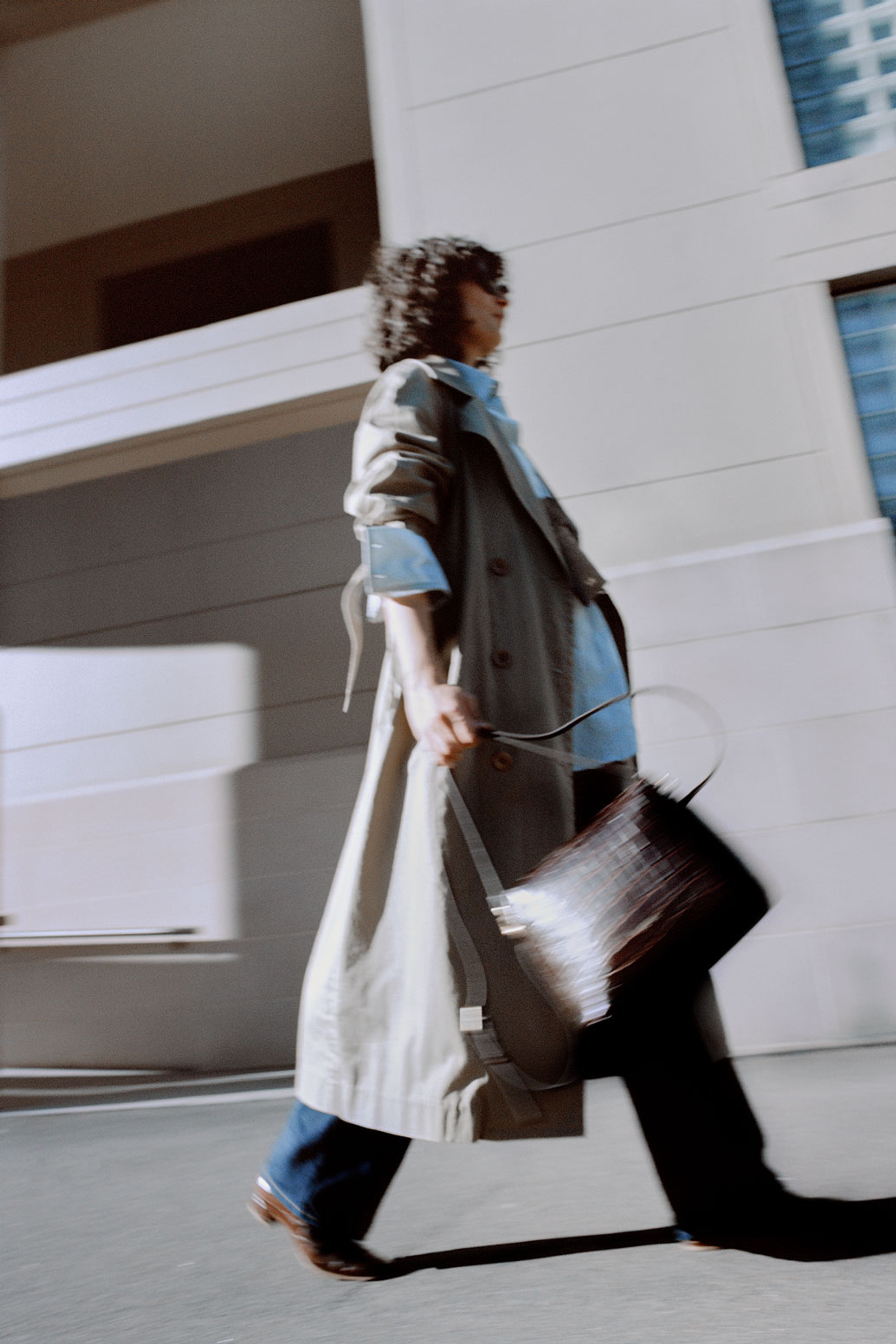 In the Bag: Ilkin Kurt 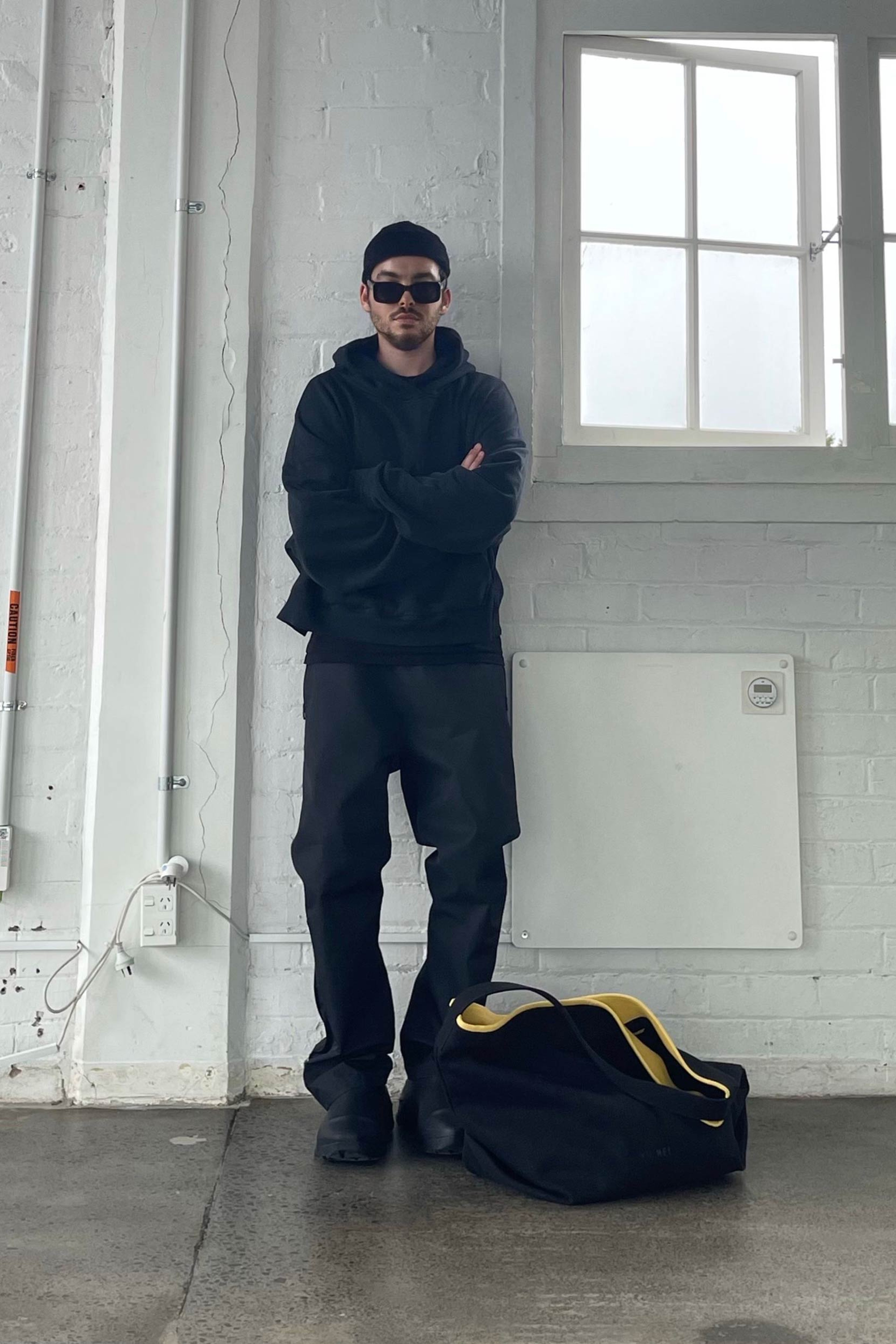 In the Bag: Sebastian Hunt

Your Cart is Empty

Duties and Taxes included for Australia and New Zealand

New Zealand and Australia
Taxes and duties are included within the purchase price.

Rest of World
As orders are shipped from our New Zealand warehouse you may incur duties, clearance fees or local taxes. Yu Mei Ltd does not cover these charges and is not liable for any fees incurred; although we will always do our very best to ensure a smooth delivery to you. For more information, we advise you to check with your local customs agent.

Club Yu Mei is a community of like minded, forward thinking individuals. It’s a place to celebrate those who inspire the Yu Mei brand and beyond. From interviews and ideas to events, debates, dinner parties and more, the Club is an inclusive space by real people, for real people. Unlock our cabinet de curiosités and discover the thought-provoking universe of Club Yu Mei.

To stay abreast of all things Yu Mei, join our Club newsletter and enjoy 10% off your first purchase.